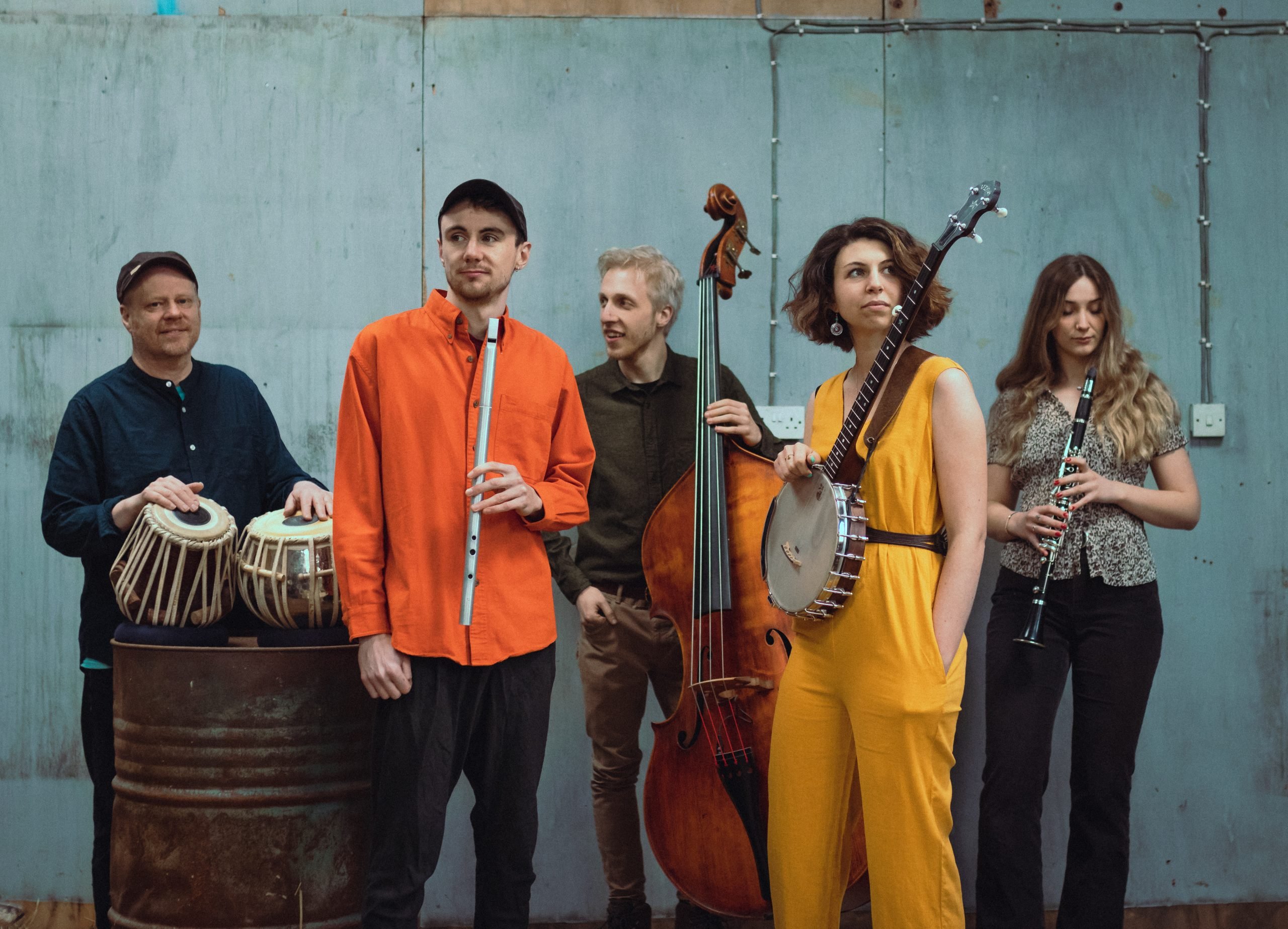 Mishra are a global folk collective with strong roots in U.K folk, out of which they weave a tight web of intricate, Indian-influenced original music that defies definition and has brought them awards recognition since their formation in 2017. Kate Griffin on vocals, banjo, and dobro (The Magpies) and Ford Collier on low whistle, calabash/percussion, and guitar (BBC R2 Folk Award nominated The Drystones) are the song writing partnership behind Mishra, drawing on their unique base of influences that encompasses folk music of the UK and America, Indian classical music, and soul to create a surprisingly accessible sound that audiences instantly connect to.

After a jam-packed summer including a main stage performance at Cambridge Folk Festival, Mishra are developing their hotly tipped collaboration with singer Deepa Nair Rasiya and heading on a nationwide autumn tour. Mishra were also 2022 winners of the Danny Kyle Open Stage Award, which will see them perform at Celtic Connections in 2023.

In 2018 they won the Christian Raphael prize at Cambridge Folk Festival, which funded the release of their debut album The Loft Tapes the following year. The Loft Tapes received critical acclaim and national radio play, and Mishra accompanied the album release with a U.K wide tour. Their new album Reclaim came out October 29th and received critical acclaim including reviews in Songlines and Mojo.