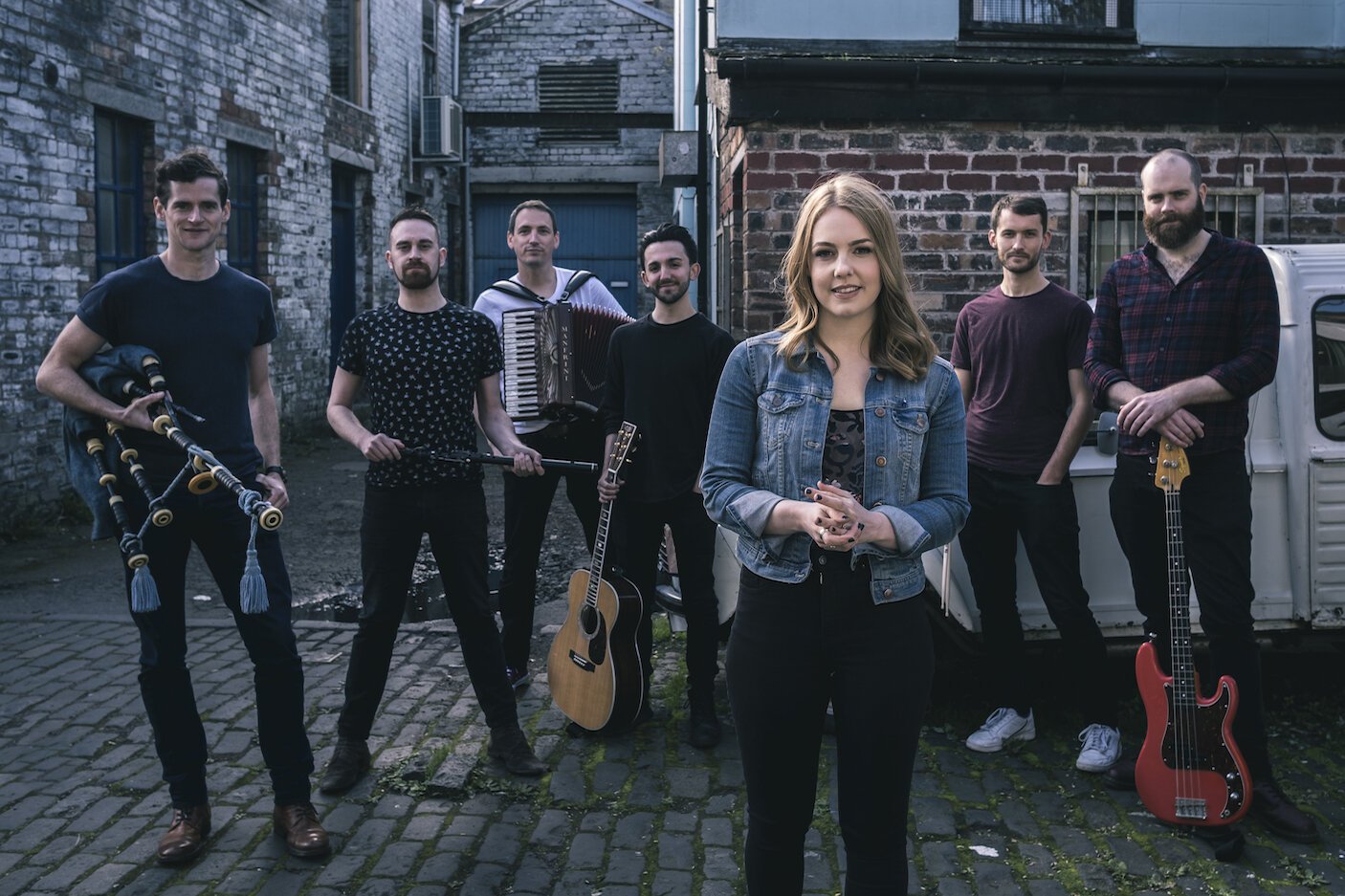 “Mànran live are electric and quite simply unstoppable” – Sunday Herald

“Mànran are up there with the best folk-rock bands our country has ever produced.” –  The Daily Record

Multi award-winning Scottish supergroup Mànran have been at the heart of the Scottish traditional music scene for over a decade. Internationally recognised as one of the most iconic and respected Scottish bands on the road today, the seven-piece show no signs of slowing down as they continue to push boundaries and explore new musical and geographical territory, bringing their uplifting and unique live performances to stages across the world.

With three hugely successful studio albums under their belt, in October 2021 the band released their fourth, titled ÙRAR to critical acclaim, and adding to their success, lead female vocalist, Kim Carnie was crowned ‘Gaelic Singer of the Year’ at the 2021 Hands up for Trad Awards.

Having played in over 30 countries, including the USA, Asia and Australia (where they were awarded the accolade “International Artist of the Year” at the Australian Celtic Music Awards) this multifaceted musical powerhouse has gathered a loyal fanbase worldwide, due to their self-penned tunes performed on a mixture of traditional and modern instruments, outstanding songs in Gaelic and English and vibrant live performances.

“At the very top of their productive and creative game” – Folkradio.co.uk

“Mànran are an exceptionally talented bunch that have taken the music world by storm with their high energy tunes and songs” – Donald Shaw, Celtic Connections

“One of the most exciting Scottish bands, the songs, the tunes, they’ve got it all.” – Eddie Barcan, Glastonbury