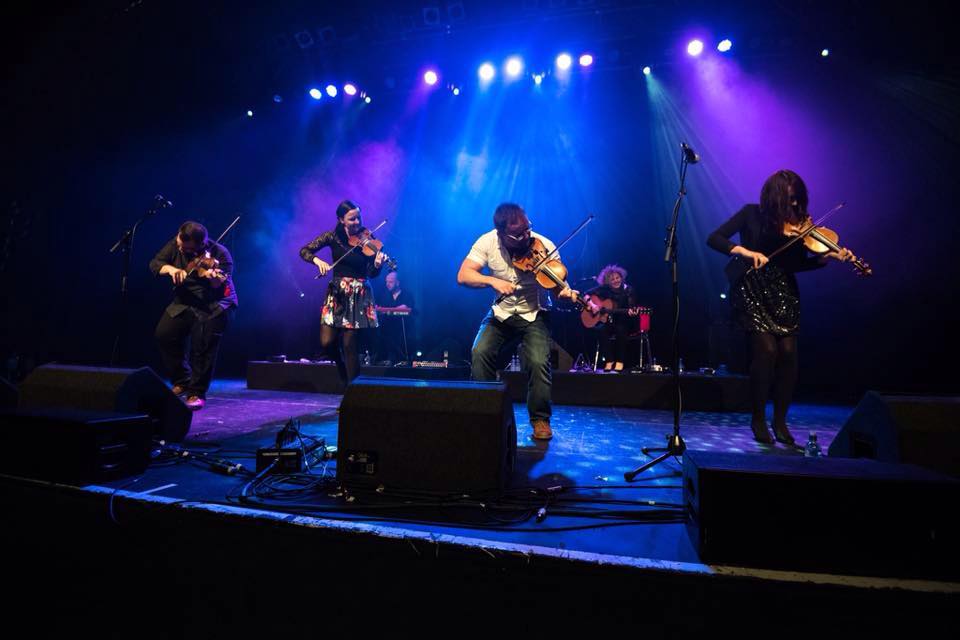 One of the world’s most prolific fiddle groups, Blazin’ Fiddles formed for a one-off tour of the Scottish Highlands in 1999 and are still raising roofs far and wide well over two decades later.

Encompassing a rare and virtuosic selection of the fiddle’s diverse Highland and island voices, with ensemble and solo-led sets both backed by powerhouse guitar and piano, the Blazers pack all the power, passion and sensitivity of Scotland’s traditional music, into a single show.

The four-fiddle frontline of Inverness’ Bruce MacGregor, Shetlander Jenna Reid, Nairn’s Rua Macmillan, and Orkney’s Kristan Harvey ignites atop second-to-none accompaniment from Anna Massie and Angus Lyon. Whatever the hall – whether of the Highland village or Royal Albert variety – they’ll turn it into the liveliest and warmest of hootenannies, setting the hearts of their audience alight.

Multiple winners of Scotland’s Folk Band of the Year – most recently in 2019 – the six-piece have long been one of country’s foremost and most recognisable folk groups, touring far beyond their deep northern roots.

“an ensemble of class and distinction” / Fatea

“Music like this is a reminder why Hogmanay celebrations are such fun.” / London Evening Standard

“the Led Zeppelin of the folk world” / The Scotsman