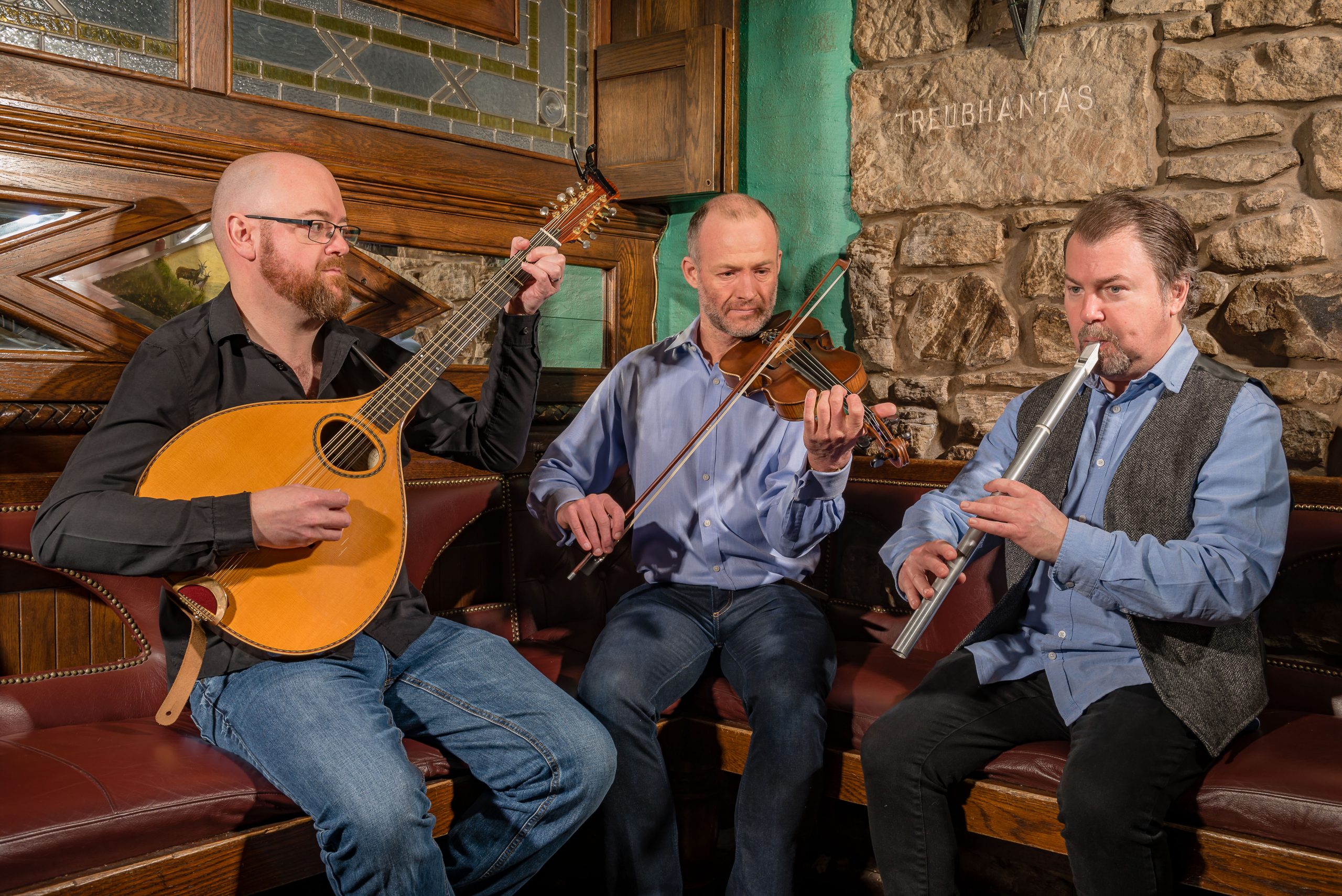 The ‘Alistair McCulloch Trio’ annual Scottish tour has become a firm fixture on the traditional music calendar. Featuring renowned Ayrshire fiddler McCulloch, alongside past Scottish folk instrumentalist of the year, Aaron Jones of Old Blind Dogs (bouzouki, guitar and vocals) and founder member of Capercaillie Marc Duff (whistles), the trio has gained a formidable reputation for its dynamic concert performances.

Collectively Alistair, Aaron and Marc have appeared on dozens of albums over the years and after many requests they have finally recorded a studio album as a trio. From driving reels and jigs to tender airs and expressive songs, ‘Off the Hook’ perfectly encapsulates the feel of their live shows. Blending traditional, contemporary and self-penned material the album showcases the combined talents of three of Scotland’s most respected and established traditional musicians.

“Off the Hook is a masterclass in traditional jigs and reels, its fiddle, bouzouki and whistle turned up to 11” (The Guardian)

Alistair McCulloch is one of Scotland’s most established fiddle performers, teachers and composers and one of the fiddle instructors at the Royal Conservatoire of Scotland. To date he has performed in over 20 countries, including Australia, New Zealand, China, the Middle East and throughout Europe and North America.